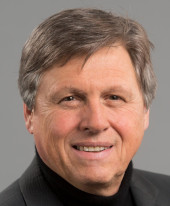 Prof. Dr Ulrich Walter is a full professor of space technology at the elite Technical University of Munich. In 1987 he became what remains a dream for most people: Astronaut. He took part in the D-2 mission (Second German Space Mission) from 26 April to 6 May 1993 and orbited the Earth for ten days in the European space laboratory SPACELAB and with the space shuttle COLUMBIA. He writes the column "Wissen schafft was" for N24.

He has held the Chair of Astronautics at the Technical University of Munich since 2003, teaching and researching in the field of space technology and systems engineering. His focus is on real-time robotics in space, inter-satellite communication technologies, technologies for planetary exploration.

As a trained project manager, he advises companies worldwide. Previously, he managed the large-scale project Satellite Image Archive of DLR (Oberpfaffenhofen) for four years. From 1998 he was Programme Manager at IBM Germany, where he was Project Manager and Lead Consultant responsible for development and consulting for IBM software products. Prof. Walter regularly writes columns and articles for magazines and hosted the science programme "MaxQ - Lust auf Wissen" (Bavarian Television) from 1998 to 2003, "Unterwegs durchs All mit Ulrich Walter" from 2011 to 2012 and various special programmes on the National Geographic Channel. Since 2013 he has hosted "Hubble Mission Universum" on ServusTV and since summer 2016 the popular science documentary series "SpaceTimes" on the WeltTV evening programme.

Prof. Walter is President of the Hermann Oberth Museum (Feucht), member of the Scientific Advisory Board of the German Museum in Munich, holder of the Federal Cross of Merit First Class, he received the Wernher von Braun Medal. the Honorary Professorship of the National Pedagogical Dragomanov University (Ukraine) and the Honorary Doctorate of the National Technical University of Ukraine (Kiev). In 2008, he was the national Professor of the Year in the category of engineering and computer science. He studied physics at the University of Cologne, specialising in experimental physics (1985 dissertation), spent a year at the US research laboratory Argonne National Laboratories (Chicago), then a year as a postdoc at the University of California (Berkeley).

In 1987, he was selected as a German astronaut from among 1799 applicants. After selection tests, training began in March 1988 to become a science astronaut with the German Aerospace Society and from 1992 to 1993 with NASA (USA). Areas were: Stress management, communication techniques, pilot licensing, jet flying, zero gravity training, space systems (orbital mechanics), astronomy, astrophysics. D-2 relevant aspects were manual training of all 89 flight experiments, finally NASA training with focus on shuttle operation and emergency egress training and further psychological training.

These fascinating aspects, especially the human side of the professional astronaut - from selection, to training, to actual flight - are vividly described by Prof. Walter. The view of the Earth is one of the most impressive moments of his mission and the selected slides are an unforgettable experience. Prof. Walter also loves to address scientific aspects, e.g. science between heaven and earth - or special topics like space travel of tomorrow and the day after tomorrow.

He deals with real-time and service robotics, especially robotics assistance for the elderly (geriatronics), in this context also with artificial intelligence. Since 2020, he has been a member of the Bavarian Ethics Council (responsible, among other things, for the topic of "Artificial Intelligence in our Society").