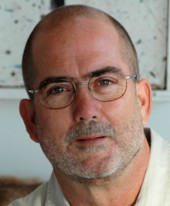 Tim Cole is Founder and Editor of ‘Internet Report’, the first German-language newsletter for the on-line industry. He has also authored a widely used standard work on the Internet called "Internet Praxis".

Tim began his career in 1971 as a local reporter for the "Stuttgarter Nachrichten". After holding several other journalistic positions including auto-motor-sport and Audio - Das Hifi Magazin’ he became Managing Editor of Stereoplay, a German edition of the Italian magazine published by Edizione Suono in Rome. In l980, Tim Cole went free-lance working for names such as High-Tech and Diners Club Magazine.

In 1992, Tim Cole was appointed head of the Multimedia Group at Motor-Presse Stuttgart. He was responsible for several magazines including "Video, Videoaktif" and "Connect", a popular telecommunications magazine. His role as head of the Multimedia group also involved developing new concepts for multimedia publishing and online communications as well as setting up a multimedia testing laboratory for the Group.

Since 1995, he has been living in Munich where he works as a free-lance journalist for a number of popular and special interest weekly and monthly magazines and is a successful book author specialising in Internet and online topics.

The online edition of FOCUS, one of Germany’s leading business weekly’s, recently placed Tim Cole on their list of the 30 most influential Internet professionals.

Tim Cole enjoys sharing his wealth of experience and knowledge of the Internet by public speaking and chairing seminars and corporate events.