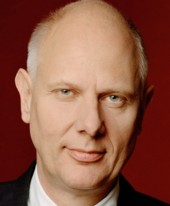 Matthias Horx is a German trend analyst and futurist. For more than 20 years, he has been avidly following the change processes in our society. He works as a consultant for a number of well-known companies, runs his own institute with offices in Frankfurt and Vienna, and is the publisher of a futurology newsletter called "2000x".

He studied sociology in Frankfurt and in the 1980's he embarked on a career in journalism. Between 1980 and 1992, he worked as author and editor on the magazines Tempo, Die Zeit and Merian. Horx was interested in science-fiction, value change, youth cultures,new technologies and during this time laid the foundations for his future profession. In 1993, he founded the Trendbüro Hamburg with Peter Wippermann and five years later Matthias Horx founded the Zukunftsinstitut.

In his presentations he looks at how values have changed, and analyzes new technologies and the culture among today's youth. He examines changes in product aesthetics, and what people consider to be "style."