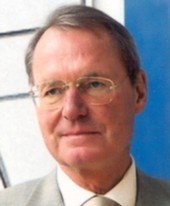 Hans-Olaf Henkel is Professor of Business Economics at the University of Mannheim. Previously he was Chairman of IBM Europe, Middle East and Africa and President of the Association of German Industries (1995-2000). From 2001 to November 2005 he was President of the Leibniz Association, an organisation which works in a number of areas including education, science, and research. Since 2006 he is "Senior Adviser" of the Bank f America.

He is one of Germany’s most courageous, resourceful and respected business leaders.

He joined IBM Germany in 1962 and after holding various executive positions in the U.S., East Asia and Germany, as well as at European headquarters he was appointed President of IBM Germany in January 1987. In 1993 he became Chairman and Chief Executive Officer of IBM Europe, the Middle East and Africa. This was followed in 1994 by his election as “President of the Federation of German Industries” (BDI), ostensibly the most powerful industry association in Germany

Prof. Dr. Hans-Olaf Henkel is not only one of the most respected top managers in Germany’s business scene, moreover, during his many years at IBM and as President of the Federal Association of German Industries (BDI), he witnessed and contributed significantly to the successful development of European industry at large.

A remarkable and unique personality, Dr Henkel makes a fascinating speaker who never fails to capture his audiences’ full attention.

He presents in German and English.