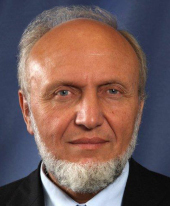 President of the ifo Institute for Economic Research

The Munich-based Ifo-Institut, which he led from 1999 until 31 March 2016, is known by the monthly Ifo Business Climate Index and, under the leadership of the political advisor and science manager, quickly achieved a leading position among the six major economic research institutes. The European think-tank that serves as a bridge between academic research and practical policy.

In 2006 he became president of the International Institute of Public Finance. From 1997 to 2000 he headed the Verein für Sozialpolitik, the association of German-speaking economists.

A highly sought-after speaker at prestigious events worldwide, Prof. Sinn examines the causes of the banking crisis, points out the flaws in the economic rescue packages, and presents a master plan for the reform of financial markets. His authoritative account provides an invaluable overview for academics, students, policymakers, politicians and all those with an interest in the unprecedented 2008 banking crisis. He offers experience from a distinguished career, having published many journal articles, written numerous newspaper articles.

With a deep and subtle expertise in global financial economics which has contributed to his ranking among the most reputable economists of our times, Prof. Sinn’s invaluable, engaging and factually rich presentations are expertly delivered with clearly structured analysis, clear and articulate in his views.

Prof. Sinn speaks plain text. The author is highly regarded in the media and has received many international awards.

He worked as a guest researcher at the London School of Economics and at the Universities of Bergen, Stanford, Jerusalem and as honorary professor at the University of Vienna.

He presents in German and English