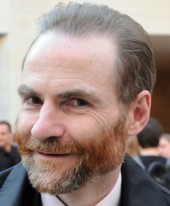 Professor Timothy Garton Ash is an internationally acclaimed historian, commentator and bestselling author. Having charted the spectacular transformation of Europe over the last quarter century, his current work focuses on the emerging geopolitical triangle between Europe, the United States and Asia, and on how we can avoid a “Clash of Civilizations” with Islam. He is Professor of European Studies in the University of Oxford, Isaiah Berlin Professorial Fellow at St Antony’s College, Oxford, and a Senior Fellow at the Hoover Institution, Stanford University.Timothy features in Time magazine's list of the world's 100 most influential people

Professor Garton Ash’s honours include the David Watt Memorial Prize, Commentator of the Year in the ‘What the Papers Say’ annual awards for 1989, the Premio Napoli, the Imre Nagy Memorial Plaque, the Hoffmann von Fallersleben Prize for political writing, the Order of Merit from Germany, Poland and the Czech Republic, and the British CMG. In 2005, he featured in a list of 100 top global public intellectuals chosen by the journals Prospect and Foreign Policy, and in Time magazine's list of the world's 100 most influential people. In 2006, he was awarded the George Orwell Prize for political writing.

One of Britain's most influential and admired commentators, Professor Garton Ash offers audiences his expert views on exactly why the United States can never rule the world on its own, why the new, enlarged Europe can only realise its aspirations in a larger, transatlantic community and why the conflicts in the Middle East and the rise of Asia can only be addressed by a wider community of democracies. Sweeping historical insight related in his own conversational style, help his incisive commentary on world affairs stand apart from its competitors.