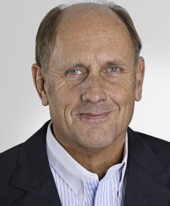 Hans-Joachim Stuck is one of the top sports car champions of his generation and the successor of his famous father’s legacy. Stuck proved himself a more than capable racer, achieving two F1 podiums in 1977 for Brabham. Ultimately, though, the German would achieve his greatest successes away from F1 racing, in particular at Le Mans where he twice triumphed in the famous 24-hour race.

Hans first made his name as a touring car driver of Ford and BMW in the early 1970s, before making his Formula One debut in1974. He won the World Sports car title in 1985 and the Le Mans 24 Hours between 1986 and 1989. In 1990 he became German Touring Car Champion with Audi. Following in the footsteps of his father, Hans has also made his mark at international hill-climb races. Although Hans officially retired from the Formula One racing scene in 1995, he has been Formula One columnist in 1997 for BILD, Germany’s biggest newspaper, and in 1999 he won the American Le Mans Series GT Personality of the Year Award. Hans has been involved in various activities: he was named an honorary lifetime commander for his contribution to the elite GSG-9 anti-terrorist troops in Germany and is also an ambassador for Miami-based Dolphin Aid. In 2008, he took on the role of motor sport representative for Volkswagen.

Drawing upon his successful career as one of Germany’s top F1 drivers Stuck offers audiences great insights into the strengths and challenges of an F1 driver. Using parallels from his time spent on and off the track working with prestigious teams, he offers invaluable lessons in teamwork and leadership, to empower individuals achieve their goals. His exciting lectures incorporate today’s modern corporate themes of determination and risk-assessment, while portraying the pulse-pounding events of a leading sports car driver.

Hans Stuck is an engaging speaker who shares his lifetime of successes with his wide-ranging audiences and gives businesses and organisations a rare insight into what it takes to build winning teams and compete for success at world level.

He presents in German & English.