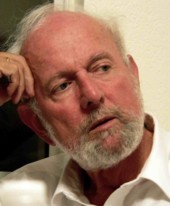 Dr. Ernst Ulrich von Weizsäcker is the co-chair of the International Panel on Sustainable Resource Use, founded by UNEP and co-chair of the Task Force on Economic Instruments for Energy Efficiency and the Environment of the China Council for International Cooperation on Environment and Development (CCICED). From 2006 – 2008 he was the Dean of the Donald Bren School of Environmental Science and Management at the University of California, Santa Barbara. Previously he was the Director of the Wuppertal Institute for Climate, Environment and Energy and also a member of the German Parliament and Chairman of the Enquete Commission. In 2008 he was awarded the German Environment Prize.Winner of the Takeda Award "Techno-Entrepreneurial Achievement for World-Environmental Well-Being"

In 1981 Dr. von Weizsäcker became Director of the UN Centre for Science and Technology for Development, before becoming Director of the Institute for European Environmental Policy in 1984. He was Chairman of the German Select Committee on Globalization, later becoming Chairman of the Environment Committee. He was also a Member of the World Commission on the Social Dimensions of Globalisation.

Dr. von Weizsäcker is ideally qualified to talk not only about the effects of environmental changes but also the opportunities that it is creating for businesses worldwide. He talks in great detail about the social and economic changes the world is currently going through as well as the different ways in which companies are responding and how it is possible to be green and still stay competitive.

A brilliant thinker and communicator, Dr. von Weizsäcker’s presentations are filled with numerous examples from his research and focus on the social and political repercussions of the changing world we live in.

He presents in English and German