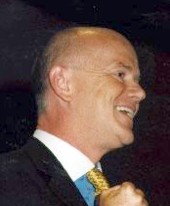 Erich J. Lejeune is the Director of the Executive Board of ce Consumer Electronic AG and a member of the governing board of the BundesVerband Mittelständische Wirtschaft. He is a noted speaker of BVMW- Wirtschaftsenats and a successful author.
A top personality in Germany’s highly innovative business world, he founded ce Consumer Electronic AG in 1976 in Munich. He was the first to set up a brokerage system in the Microchip business. This has proved to be successful, pioneering and geared towards the future.
Lejeune´s biggest contribution has been his ability to recognise the importance of the microchip as the building block for the future. In the early 1980’s he foresaw and spoke on the consequences of European businesses being dependent on the Japanese and American semi conductor industry.
This system in the semi conductor trade has now spread all over the world leading ce Consumer Electronic AG to become a world leader in broker companies, it’s success fuelled by an invaluable global purchasing network which successfully prevents losses in production. Through this achievement Erich J. Lejeune has earned himself the reputation as the trouble shooter of the industry. Clients of ce Consumer Electronic AG now include many of the top industrial names.
He is a long standing and consummate speaker with an enormous ability to motivate his audiences. He also speaks at seminars for senior audiences from Chief Executives and consultants to eminent politicians. He is praised as an author and well known for being an animated and informative interviewee on radio and television programmes. He often discusses issues with prominent names from the economic, political and social arena on his own monthly live television programme “VIP-Talk with Erich J. Lejeune”.
He is an advocate of long-lasting success through courage, confidence and positive thinking based on the example of his own life and success.