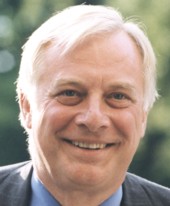 Lord Patten of Barnes was appointed Governor of Hong Kong in 1992, a position he held until 1997, overseeing the return of Hong Kong to China. He was Chairman of the Independent Commission on Policing for Northern Ireland set up under the Good Friday Peace Agreement, which reported in 1999. In 1999 he was appointed European Commissioner for External Relations, a post he held until 2004. On leaving office in Brussels he was made a life peer and took his seat in the House of Lords in 2005. In 2006 he was appointed Co-Chair of the UK-India Round Table.

Using the lessons learned in Hong Kong Lord Patten is able to offer audiences tremendous insights into dealing with the Chinese. As a recent EU Commissioner he also has a wealth of expertise in European as well as global politics and economics. He is ideally qualified to advise organisations keen to expand in Europe.

Lord Patten is an eloquent speaker with a wealth of experience as a diplomat on the world stage, this together with his expansive knowledge of international relations, provides an excellent source for his witty and erudite presentations on the current worldview. He presents in English.