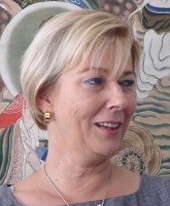 Professor Barbara Krug is a leading expert on economic developments in China and the Far East. She has carried out many years of scientific and economic research which has contributed to the greater understanding of these regions and helped to improve East/West relations.

Following her Business Studies degree in Munich she studied the Chinese language at the National Taiwan University and carried out research at the university’s Institute for International Relations. After her dissertation in 1980 she received several invitations and grants to research the economic and social integration of the Pacific Rim on behalf of various institutes in the Far East. Since 1996 she has been carrying out research on Township and Village Enterprises in conjunction with the Chinese-European International Business School (CEIBS), Jiatong University, Shanghai.

Barbara has also been lecturing since 1981 at the University of Saarbrücken and is a visiting Professor at the business faculty of the National Taiwan Univeristy, St. Antony’s College Oxford University, ETH Zürich, Institute for Advanced Study, Princetown and at the Rotterdam School for Management, Erasmus University of Rotterdam.

She is a member of several associations:

· The Royal Institute of International Affairs (UK), Study Group on China 1988/89
· Honorary President of the European Public Choice Society (since April 1995)
· Foundation Fellow and Member of the International Advisory Board, Centre for Research on Provincial China, University of Technology, Sydney and University of South Wales, Australia.

Besides German she is fluent in English, French, Chinese and Dutch.