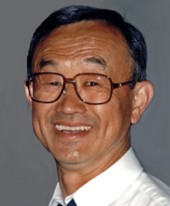 Akio Miyabayashi is former CEO of Minolta Europe and is now Senior Corporate Adviser of Minolta world wide.
Responsible for the launch of Minolta Europe in 1965 Akio Miyabayashi became CEO of Minolta Europe in 1975. His clear understanding of the criteria and driving forces of global competitiveness enabled him to successfully develop the European operations of this multi-national corporation from a staff of 17 in 1965 to 5,200 in 1995. His ability to interpret the importance of total quality and customer care has enabled Minolta to become a major player in the European market, with 44 companies and subsidiaries and 2 factories throughout Europe, including Eastern Europe and some parts of the former Soviet Union.
A charismatic speaker Akio Miyabayashi has shared centre stage with some of the world’s most prominent politicians and business leaders. His presentations leave the audience with a valuable insight into European and Asian developments in industry, management and society, and offer meaningful projections into the 21st Century.
Elected best Guest Speaker by the students of the Graduate School of Business Administration (Zürich) Akio Miyabayashi also lectures at Universities in Europe and for the American Management Association. Apart from lectures and keynote speeches he is also a courted panellist and can deliver his presentations and speeches in English, German or Japanese