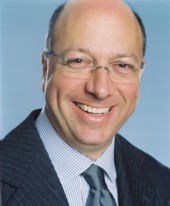 Prior to becoming Chairman and CEO of BRANDINSIDER GmbH, a brand strategy consulting company based in Hamburg, Peter Littmann was Managing Director and Chairman of the Board of major blue-chip companies such as Vorwerk AG, Hugo Boss AG und Wünsche AG for a total of 20 years.

Born in Prague, Prof. Littmann left Czechoslovakia for Germany in 1968 and started working as an assistant journalist at a local television and radio station, concurrently studying at the University of Cologne. After graduating with a degree in philosophy and economics in 1976 and fascinated by the opportunities and challenges facing German commercial businesses at that time, Peter Littmann decided to quit journalism and get into business.

Professor Littmann’s career took him via Girmes-Werke AG and Rosenthal AG to the top of Vorwerk + Co. The majority of his close on eleven years with Vorwerk were spent in the capacity of President and CEO of the carpeting division. During his last two years with the firm, Professor Littmann held the position of Chairman of the International Division and was instrumental in the successful restructuring and repositioning of the company.

In 1993 Peter Littmann joined Hugo Boss AG, Metzingen, Germany as president and CEO and immediately set out retooling the company’s strategy and re-establishing the target market. His combination of professional management, entrepreneurship and creativity resulted in Hugo Boss’ group sales increasing by 11% in only two years, while US revenue grew by 16%.

Before Peter Littmann became Chairman of the Board of Wünsche AG, Hamburg in 1997, it was a struggling business. However, his impact was soon evident: the firm was restructured and realigned; operations not compatible with the company’s core competencies were disinvested and new companies, such as Joop and Cinque, acquired.

Currently, Prof. Littmann is on the Board of Directors of numerous international corporations and Honorary Professor at the University of Witten/Herdecke. In addition to being one of the most respected fashion and lifestyle industrialists in Europe, Peter Littmann is a highly regarded and popular speaker and a prolific author. His new book Oszillodox. Virtualisierung - die permanente Neuerfindung der Organisation (‘the permanent invention of the organisation’), a key publication on the ‘New Economy’, received the “Best German Economics book of 2000” award from Ernst & Young Cap Gemini.