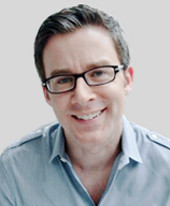 Daniel Sieberg is VP, Technology & Innovation Thought Leadership for Huawei and as a founder and strategic advisor Daniel has focused on developing technologies like AI, AR, blockchain, news aggregation and social media. He continues to serve as an advisor to Good Trust, building the future of how to manage your digital afterlife.

Daniel was a Senior Marketing Executive and official spokesperson at Google and helped build two teams in service of journalism and technology. During his time at Google, Daniel launched multiple large-scale projects and is a graduate of the LEAD program. As a correspondent and reporter for nearly 15 years, Daniel covered science and technology for ABC News, CBS News and CNN and began his career as a daily reporter with the Vancouver Sun. He has been nominated for five national News & Documentary Emmy Awards and he has appeared as a featured guest across the Discovery Channel, MSNBC, BBC News, NBC’s Today Show; he also hosted dozens of episodes of CNN’s sci-tech show NEXT@CNN and 40 episodes of “G Word” for Planet Green. He is on the Board of Trustees at Saybrook University.

Daniel believes in integrous, inclusive and accountable leadership in business that empowers others to achieve and execute beyond their perceived limitations.

An award-winning reporter and host, Daniel has been a featured speaker and a highly respected moderator at events all over the world. With a captivating style, humour and wisdom, he entertains, informs and motivates global corporate audiences.