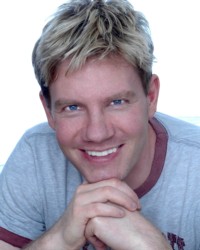 Bjørn Lomborg is President of the Copenhagen Consensus Center, a think-tank that researches the smartest ways to do good. For this work, he was named one of TIME magazine’s 100 most influential people in the world. He is also a visiting Professor at Copenhagen Business School.

In 2011 and 2012, Bjorn was named Top 100 Global Thinker by Foreign Policy "for looking more right than ever on the politics of climate change. In 2008 he was named "one of the 50 people who could save the planet" by the UK Guardian. In 2005 and 2008, Foreign Policy and Prospect Magazine called him "one of the top 100 public intellectuals", and in 2008 Esquire named him "one of the world's 75 most influential people of the 21st century." He is a frequent commentator in print and broadcast media, for outlets including the New York Times, Wall Street Journal, The Guardian, CNN, FOX, and the BBC. His monthly column is published in 19 languages, in 30+ newspapers with more than 30 million readers globally.

In his highly informative and well researched presentations Bjørn systematically examines today’s most important global crises issues and offers sustainable solutions. His message is as simple as it is important.

Having spoken around the globe, Bjørn’s presentations are filled with a host of real life examples as well as important and useful information delivered in an easily digested formula making him a highly sought after and prized speaker.

Bjørn presents in English or Danish.