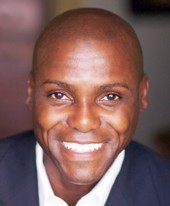 During the 1980’s and 1990’s, Carl Lewis established himself as arguably the greatest track and field athlete of all time. Remarkably, Carl maintained his performance level with age. He capped his amazing Olympic career in the 1996 Atlanta games by winning the long jump. Carl’s stunning Atlanta win gave him his fourth consecutive gold medal in the long jump and ninth gold medal overall. Both are Olympic records.

Carl made every US Olympic team from 1980 to 1996. His five Olympic appearances are a record for a male athlete. After the boycott in 1980, Carl equalled Jesse Owens’ feat of four gold medals in 1984. This was followed by two golds and a silver in 1988; two golds in 1992; and the climactic gold medal in Atlanta. Many of Carl’s Olympic performances were in World or Olympic record time.

Carl’s World Championships record is equally amazing. He made five World Championship teams from 1983 to 1995, and won a record eight golds, one silver, and one bronze in World Championship competitions. In the 1991 Tokyo World Championships, at the age of thirty, (considered old for sprinters and long jumpers), Carl defeated a stellar field in the greatest 100 metres in history, running a then-world record 9.86 seconds. In the same competition, Carl anchored the United States Team to a then-world record 37.50 seconds in the 4x100 metre relay, and uncorked three long jumps of 29 feet or better, the greatest series of jumps in history. Carl was voted the Track and Field Athlete of the Decade for the 1980’s and dominated the sprints and long jump.

Carl is heavily involved in charity work. The Carl Lewis Foundation was established in 1984 for the purpose of helping disadvantaged youth. Carl serves as Honorary Chairperson for the National Kidney Foundation and actively participates in the Mickey Mantle Foundation, the American Liver Foundation and Best Buddies. He supports the United Negro College Fund and helps to raise money by helping promote UNCF “Fun Run with Carl Lewis” in Houston.

Identified as one of the most successful and articulate athletes in any sport, Carl Lewis is an accomplished motivational speaker and has made a number of appearances.