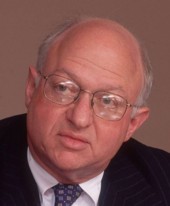 President of the NBER and Professor of Economics at Harvard

As the George F. Baker Professor of Economics at Harvard University and President as well as CEO of the National Bureau of Economic Research Martin Feldstein is one of the most accomplished experts on international economy. He was also President of the American Economic Association for 2004. Dr. Feldstein is a director of three corporations (American International Group; HCA; and Eli Lilly) and an economic adviser to several businesses in the United States and abroad. He is a regular contributor to the Wall Street Journal.

From 1982 to 1984, Martin Feldstein was Chairman of the Council of Economic Advisers and President Reagan's chief economic adviser. Dr. Feldstein is a member of the American Philosophical Society, a Corresponding Fellow of the British Academy, a Fellow of the Econometric Society and a Fellow of the National Association of Business Economists. He is also a member of the Trilateral Commission, the Council on Foreign Relations, the Group of 30, and the American Academy of Arts and Sciences. He has received honorary doctorates from several universities.

Martin delivers unique insights and competent advice on any economy related issue due to his extensive experience in the financial sector and his first-hand knowledge gained for instance as president of the NBER.

Thanks to his deep understanding of market coherences and outstanding achievements in his field he inspires any audience. As a Professor of Economics at Harvard he has excellent rhetoric skills at his command which also make him a demanded speaker worldwide.

He presents in English